What is Sci-Fi Music?

Sci-fi music, also known as sci fi music or science fiction music is a musical genre that was popularised by the classic science fiction movies of times gone by. As such, sci-fi music is heavily associated with film and movie musical scores as it was this medium that brought this fantastic genre to our attention.

I am a bigger lover of sci-fi music and compose in this genre, yet, I find this genre hard to define or explain to people sometimes.

The boundaries of sci-fi music are so vast, it encapsulates a huge variety of music from “ambient sounds”, to “synthwave” to “space music”.

Then there is the wonderful music sub-culture of “filk music” which is folk music with a science fiction or fantasy theme.

Take a listen to some of my sci-fi music. The songs are quite different, with some songs sounding distinctly “space like ” while others are more electronic but inspired by the world of space travel. Yet, they all fit into the genre of sci-fi music.

For me personally, I define sci-fi music as sounds and music that evokes feelings of space, space travel, futuristic fantasy, exploration and discovery.

Despite the vast difference in styles in sci-fi music from the orchestral sci-fi scores to the ambient sound effects, all this music has recognisable tropes in common.

Perhaps looking at what music tropes that make sci-fi music recognisable is a good way to understand this amazing musical genre.

Although it is difficult to place a tight definition on sci-fi music due to its vastness, we can all agree that music with some of the following recognisable tropes and themes can fit nicely into the genre of sci-fi music.

As most of this musical genre has its roots in the science fiction movies of the past which were mostly set in a space or a fictional world, there is often a feeling of eeriness in this music style.

You could argue that the musical instruments used traditionally in sci-fi music such as the theremin or waterphone which both have an unusual and unfamiliar tone, are responsible for setting up this common feature in sci-fi music.

Most modern-day sci-fi music composers, myself included, use “eerie” sounding synths to create this feeling in sci-fi music.

Here is an example. The main melody is played on a synthesizer that creates an eerie vibe.

Not so common in modern-day synthwave but yet a feature often found in sci-fi music is an ominous feeling.

Again, this can be attributed to the musical film scores that had to create a sense of threat when the characters entered an unknown territory or high threat level situation.

In addition, so much sci-fi music is inspired by space. Space is a dark and vast medium and will create an ominous feeling in anyone!

You can identify this feeling in sci-fi music by listening out for low sounds in the music, perhaps creepy low drones or dark sounding synthesizers.

Here is an example. There is an ominous feeling throughout this music and this is created by the low underscore with pulsing low synth.

Sci-fi music often has a sense of the exotic, for example it is “futuristic” or sounds like it is from another world.

Often this sense of the exotic is created by using exotic instruments or instruments that are not very common in popular music so will stand out to the typical listener.

These exotic and sometimes weird sounds are created on synthesizers or instruments such as the theremin and waterphone.

The classic Dr.Who theme tune is fantastic at creating a melody that sounds exotic. Again, it is the instrument that creates this weird and wonderful sound. When you hear this music, there is no doubt that something weird and wonderful is about to happen.

Orchestral sci-fi music is very common and classic theme tunes such as the Star Trek theme music has helped popularise it.

As a result, rising strings are often used in sci-fi music as this musical approach is fantastic at evoking a sense of exploration and discovery.

Even without rising strings, many sci-fi music tracks, especially the upbeat and positive ones have a feeling of exploration and discovery.

Again, I believe you can attribute this to the early sci-fi movie and TV classic programmes but one of the most influential pieces of sci-fi music which has led many sci-fi music composers to write in this style can be attributed to the original Star Trek theme tune.

From a music production standpoint, to make a piece of music sound more “sci-fi”, I may embed sci-fi sound effects in the music itself and then use these sound effects as a musical instrument.

For example, in my sci-fi tune Metal City I use sci-fi sound effects as percussion to create digital and electronic sounds which have a “chiptune” or technological feeling.

In my mind, these would be the types of sound effects used in movies when someone is on a planet and scanning looking for life. They are subtle but contribute to the sci-fi feeling of the tune.

In addition to embedding sci-fi sound effects in music another technique I use is to use lots of reverb and echo in my sounds and create “pulsing” instruments to get the feeling of motion.

Of course, the easiest way to create a sci-fi tune or create a sci-fi feeling in music is to use musical instruments classically associated with the genre, for example the theremin or waterphone.

What are the musical instruments used in sci-fi music?

As a music composer of sci-fi music, I am drawn to the weird and wonderful instruments of the genre.

You can’t discuss sci-fi music without talking about the two most unique musical instruments of the genre, namely, the waterphone and theremin.

A theremin is a weird and wonderful instrument named after its inventor, Leon Theremin.

It is an electronic instrument, with two antennas which allows the performer to control amplitude (i.e. volume) and frequency (i.e pitch / notes) using their hands.

It is a non contact instrument. The proximity of the performers hand to the antenna controls the output. Best to just look at an example of how this weird and wonderful instrument is played:

Another wonderful instrument is the waterphone.

The response of the water creates a beautiful yet disorientating sound.

With so many great sound effects and synthesizers on the market, we can produce, modify and create new weird and wonderful sounds very easily and affordably.

What are examples of great sci-fi music themes?

Here are some of the most well-known examples to give you a feel for the genre.

There are so many examples of great sci-fi music this list is just the tip of the iceberg.

Listen out for the common themes mentioned such as a sense of eeriness, sometimes ominous, a sense of exploration and weird and wonderful instruments.

For a more exhaustive list of the best classical sci-fi movie soundtracks check out this fun article from Classic FM.

What genre is space music?

Space music falls under the genre of ambient music. It is music that is tranquil and evokes a feeling of spaciousness.

It is the perfect music to meditate to and relax too.

It is not sci-fi music but often gets confused and mixed up in the sci-fi genre as when people think “space” they think “outer space”.

However, space music is just relaxing ambient music that gives you some “headspace”.

It is not space themed….it is just spacious and calming.

Where can I find public domain sci fi music?

It is extremely difficult to find sci-fi music in the public domain – from my personal research, I would say it is non-existent.

Typically, copyright lasts for the lifetime of the author plus 70 years. This does vary depending on where you are in the world, but typically this is accepted.

Most sci-fi music was written after the 1950s, so simply put, not enough time has passed for this genre of music to move into the public domain.

Secondly, with public domain music, it is really complex to find music that is truly safe to use.

Just because an author has died and it has been 70 years since their death, it does not automatically qualify for the public domain.

Modern music composers are assigning their music ownership rights in their wills so, therefore, the music ownership is being passed along to the next of kin or whoever….

In a nutshell, if you are looking for safe to use sci-fi music in your podcasts, games, videos and content stick to the modern royalty-free music libraries.

Here is a collection of my royalty free sci-fi music which you can use in your content with attribution.

What I love about sci-fi music is that most people are fans and they don’t even know it.

In general, if you stopped the average human on the street and asked them if they were a sci-fi music fan theory would say “no”, but once you point out that classic film musical themes such as “Star Wars”, “The X-Files”, “Dr Who” and millions of others fall into this musical genre, they suddenly realise that they are sci-fi music fans.

It is an exciting music genre and is getting a new breath of life with all the fantastic new sci-fi and fantasy programmes appearing on your streaming services.

In addition, sci-fi video games are thriving and introducing lots of exciting new sci-fi music to us all. 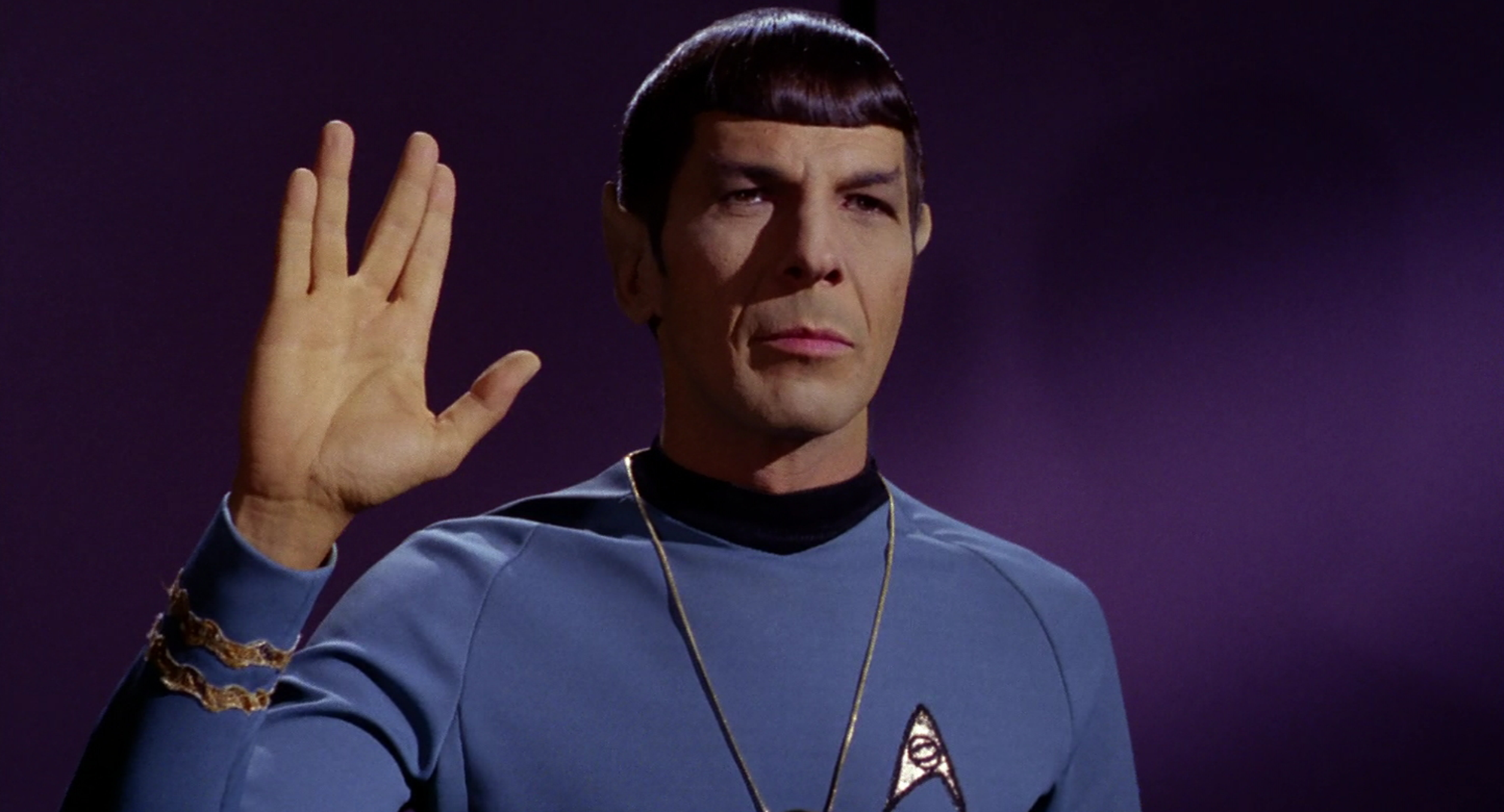 Disclaimer: This blog is intended as a guide only for educational and informational purposes. It is not legal advice. The content contained in this article is not legal advice or a legal opinion on any specific matter or matters.